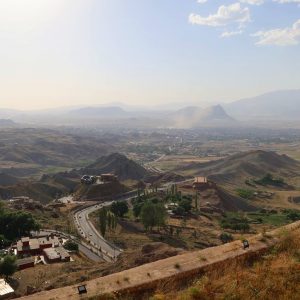 Due to health issues and travel restrictions around the world I was unable to go to the highest mountains this year. I decided to spend first days of summer on a trekking to 5-thousander Ararat.
This volcano is a deeply rooted symbol of Armenian culture and national identity. However nowadays it is located within Turkey borders. Many Armenians believe it is only temporary situation. Historical conflicts and Armenian genocide in 1915 and many border conflicts in the past contributed to animosity between the two neighboring countries.
This area is militarized, as a remnant of cold war era, and requires special permit to go to the mountain. It is also mandatory to hire an official guide from the Turkish Federation for Alpinism.
Ascent of Ararat volcano begins in Doğubayazıt town. Our bus is not stopped along the way despite a few military checkpoints along main streets. Bumpy dirt roads allow us to reach the base of the mountain at around 2200 m. Next we walk along dusty, steppe-like terrain under the baking sun along mildly inclined path towards camp 1 at 3200 m where we stay for the night. 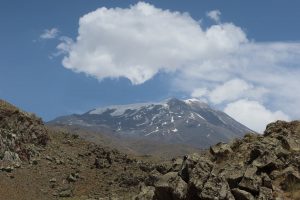 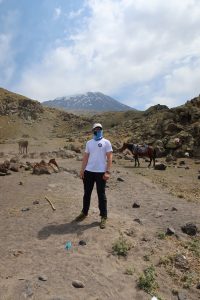 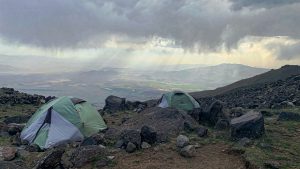