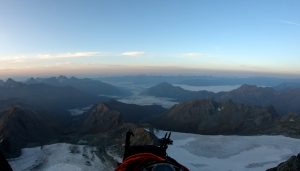 Once more I visited the highest peak in Austria, Grossglockner 3798 m, this time via Stüdlgrat ridge.
We stayed for the night in Lucknerhütte (2241 m) as the usually chosen higher one was booked out. We started our adventure in the middle of the night. At first hiking on tourist trail and later on glacier along Schere and Luisenkopfe on the right to reach South-West Grossglocner ridge. We began rock climbing still in the darkness. After we reached a big “breakfast ledge” at 3550 marked with a yellow notice we had a longer break and were passed by a few mountain guides and their clients. Climbing difficulty increased from that point. There were more fixed bolts and occasionally steel rods. Especially at the beginning and ending part of the route there were not many. However we were prepared for it having taken our own rack and were putting our own protection. In the afternoon we reached the summit next to the characteristic steel cross. We went down via well-known to us normal route. 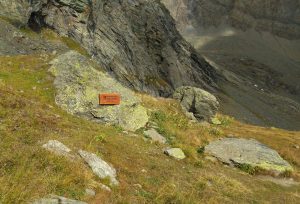 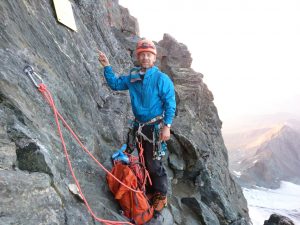 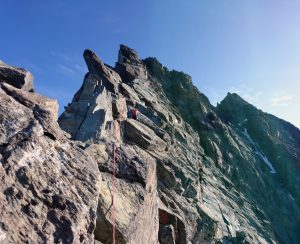 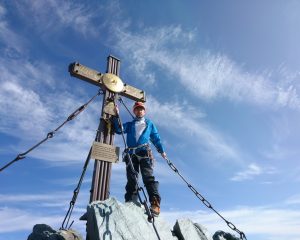