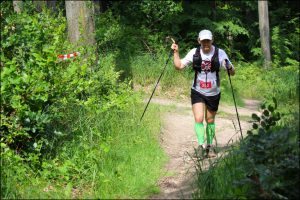 After 2 years I stood once more at the starting line of the biggest Slovak ultramarathon Stefanik Trail. In 2017 I did not complete the race. Small injury and exhaustion eliminated me at 108th km.

The route leads through forested hills of the Little Carpathians from Brezova pod Bradlom to Bratislava.

It was supposed to be the first ultra-marathon of this magnitude (if I were to complete it), an opportunity to have a good training session and test my stamina for the upcoming expedition to 7 thousand meter peaks in the summer. Without taking the time to rest and taper before the race I was not expecting fast times and good place at the end. Also with such a long distance many things can happen.

According to schedule we started at 7 PM on Friday. Some rain in the preceding days provided fresh mud to slow us down 😊

First stage 15.2 km to Dobra Voda I did before nightfall 21st in 1:34. Afterwards I had to start my headlamp.

Second stage more hills and longer distance made it more challenging 23.4 km. Towards the end there is a long, crumbling ridge on Zaruby hill. Big thank you to organizers who provided good security there with multiple teams of medical support and mountain rescue teams interspaced along the ridge to make it a safe crossing at night. I arrived to Bukova 26th after 4:52 from the start.

Third part 17.6 km led through Vapienna hill. Morning dew watered the limestone rock making it slippery and slowing me down. In Solosnica I was 31st in 8:04

Fourth stage was theoretically the hardest with 23.1 km and almost 1400 vertical meters. I had my first crisis – lack of sleep and energy, long uphill sections forced me to walk. After climbing Vysoka clear morning sun and beautiful views woke me up and refreshed me. I run to Pezinska Baba 34th in 12:20, however my feet were starting to hurt.

Before noon clouds parted and scorching sun did not help baking my feet causing more chaffing and blisters. After 108 km on Kamzik I was 43rd in 17:39. Last 2 stages were spend mostly walking in the hot afternoon sun until it got dark. 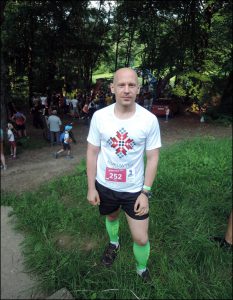 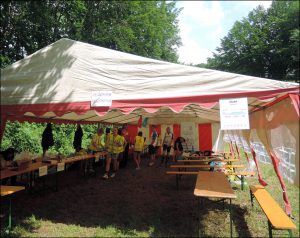 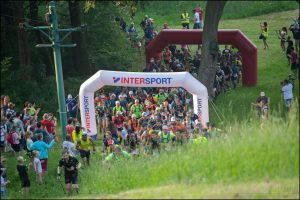