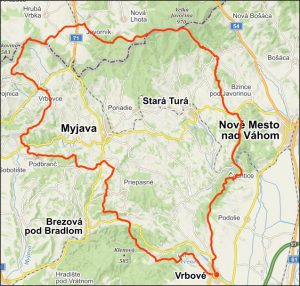 6 days after CSOB Bratislava Marathon I stood again at the starting block of running competition, although this time on a bit longer distance 😉

Lazova Stovka is an ultramarathon in north-west Slovakia in The White Carpathians. The route is 114 km and over 3600 m of vertical gain. Despite mid-April the  weather forecast was for around 6-10 degrees Celsius so I prepared long-sleeve running apparel instead of just a t-shirt.

2019 was 12th edition of this run with over 360 participants. Saturday morning at 6 AM in pouring rain we all started out from Vrbove village. I like colder weather, although meteorological conditions surprised everyone. As we gained altitude and covered first kilometers rain turned to snowfall and fog. Unexpectedly low temperature, wind and wet clothes took some of my energy. Usually after first hour I fall into my rhythm, however it was not like that this weekend.

After 4,5 h I arrived at the only checkpoint with drop bags at 48th km. I took a longer break there to get myself warm. I changed socks to a dry pair, if only for a few minutes and put on my gloves from deposit. A few Nutella sandwiches powered me for the way onwards. I had around 500 m vertical gain to cover for Javornik. On the way down from the peak I lost my way in the fog missing small, inconspicuous blue route. I noticed my mistake on GPS after few hundred meters and had to trudge up the hill again to backtrack my way to the proper path. Next was a pleasant downhill wooded path along Slovak-Czech border. Late afternoon brought snow again on the approach to Velka Javorina summit (970 m a.s.l.) Overall I felt quite well despite having covered most of the route already.

Unfortunately, around 90th km my ankles started to hurt, possibly due to aggressive downhill sections. I was forced to slow down and was mostly marching on till the end.

It is a good omen for the upcoming longer ultramarathons in the summer. 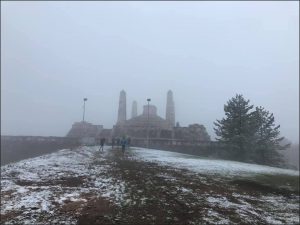 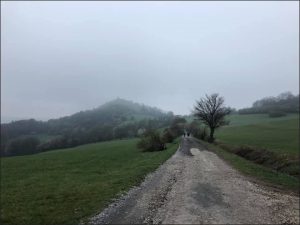