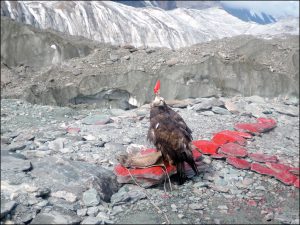 In the middle of August a film crew came to BC. They were shooting a short commercial for the upcoming World Nomad Games. They were joined by 2 Kyrgyz men in historic garments and… a falcon.

Although the bird impressed me with its size the handler assured me it is a small one. Bigger would be hard to transport in a limited space of helicopter. Despite being domesticated to some extent it is still a wild predator – which could be seen when feeding time came (Video) 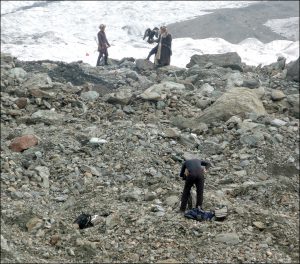