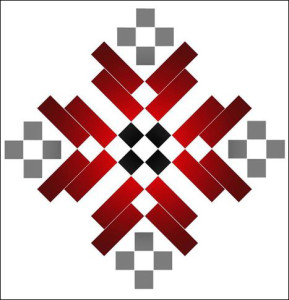 Having completed a marathon earlier this year I was looking to a new running challenge. I signed up for Lemkowyna ultra-trail to combine my running training with mountain visits. A big part of the route goes through remote areas of Magurski National Park – home to big predators like bears and wolves – a wild land indeed.

A few months passed and the starting day was coming up fast. I was quite exhausted after the Caucasus expedition and had to abandon any serious training plan. I was running short distances once every one or two weeks. In addition to that I had never done trail running before.  All of these facts meant I was not sure whether the 70 km distance and +2520m/-2520m elevation change was within my reach. Time limit for the route was 13 h. There were 3 checkpoints along the route where runners could refill and have a snack.

hills and woods full of mud. With no expectations and pressure about my results I was just running for fun. I was taking it easy first few km but soon settled into my comfortable pace. The first hill was behind me and the crowd of runners dispersed. As soon as we hit the downslope and woods, the famous muddy terrain started. Each step was a fight to keep your balance. After 3 h I reached the first checkpoint in Iwonicz-Zdroj. Around 28 km I was feeling a bit weak, eating more food helped me. The 2nd aid station in Pulawy Gorne I reached after 5h 41 min. A longer lunch stop followed. Soup and baked potatoes gave me new energy and feeling invigorated I was soon on my way. Unfortunately around 47th km my knee joints started to hurt going downhill which slowed me down considerably. Walking uphill was still fine and fast compared to other runners – my previous mountain trips helped. 8h 20 min from the start I was on the last checkpoint on 55th km. For the remainder of the race I was forced to walk most of the way to the finish line. It gave me the chance to admire beautiful sunset and colourful autumn landscape. 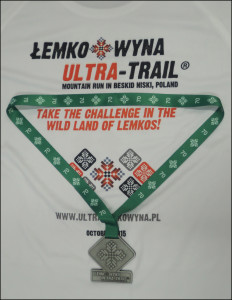 I completed the race in 10h 38 minutes. Considering the circumstances I am quite happy having taken 205th place. The winner for 70 km distance did it in a mind-blowing 6h 16min 17s

Overall the race was well prepared with many foreign runners from all over the world.  The paths were well marked. There were also shorter distances available – 48 and 30 km. If you want to begin your trail running adventure – it is a good place to start – but remember about the mud 😉

A video from 2014 – the conditions were similar 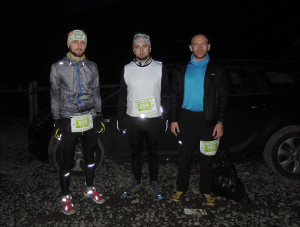 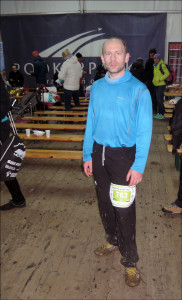 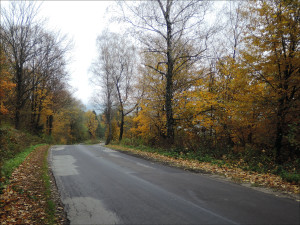