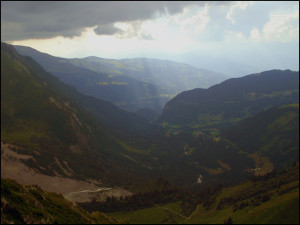 This trip was a pleasant surprise for me. I had no particular plans for the summer 2013 when my friends offered a spot in their car. Having never been in the Alps I readily accepted. With only 2 months notice getting in good shape was impossible. I borrowed ice axes from my brother and bought missing gear – any excuse for new toys is good 🙂

After many hours of driving we arrived to France. After a short night on 2nd day we arrived to famous Chamonix. We selected the most popular route. 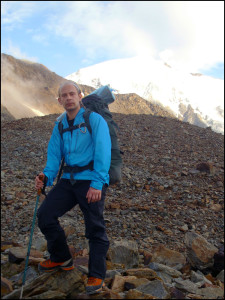 Quick resupply of food and we were on our way up, burdened by heavy backpacks. Our path went along the tracks of Tramway du Mont-Blanc. We were welcomed by fog and rain. In the evening we arrived to the neighborhood of Tête Rousse – our camp for the next few days.  A night in a tent on the altitude of 3200m is not very pleasant. My summer sleeping bag turned out to be insufficient for such low temperatures. Then next we explored our surrounding and acclimatized. On the 3rd day at midnight we started our summit bid. The Weather was (Much)better – the moon and stars gave a lot of light and created magic atmosphere. We crossed the dangerous Grand Couloir with no problem. In the morning we reached Goûter hut where we refilled our thermoses. The hut was fully booked – in order to have a spot one of us had to book it months ahead. Strong wind stopped us near Vallot shelter at 4360m as my companions did not want to press on. We spent  the evening there along with some other people. At dawn we moved to reach the summit around 9 am to behold the magnificent panorama of Alpine peaks. 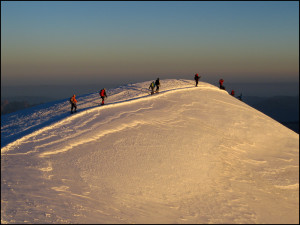 We were not the only ones eager to get to the top. Whenever there is a weather window hundreds try to reach the summit. Big popularity of Mont Blanc and unfounded opinion of an easy hike contributes to a high number of accidents every year.

During the descent we witnessed one of the rescue missions. One of the tourists was being evacuated. Most likely due to exhaustion and altitude sickness. As it turned out it was not the last helicopter flight that we had seen that day.

We celebrated the summit with a hot dinner in Tête Rousse hut. After another night in the cold tent we packed up and hiked down to enjoy comforts of civilization in Chamonix. 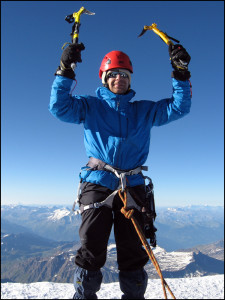 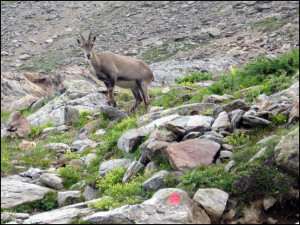 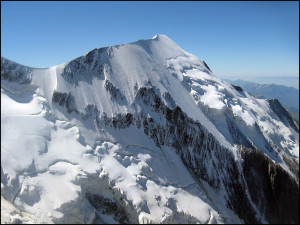 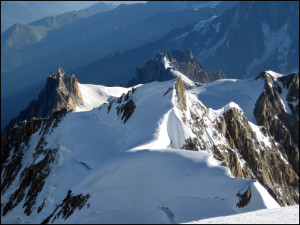 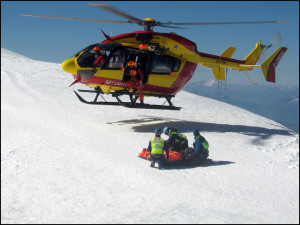 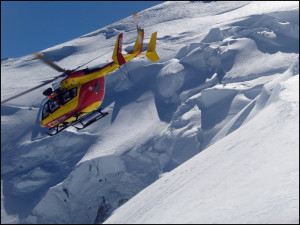 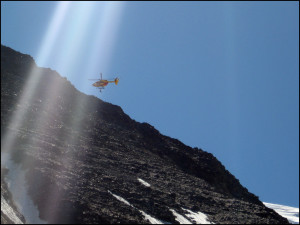